Elegant at heart, this creation appears clothed in pink gold. Its sleek and sophisticated case frames a truly captivating dial. The 60-second tourbillon appearing at 7 o’clock offers a mesmerising sight with each wrist movement, while the slate-coloured barley-grain motif highlights the horological complication. The javelin-shaped hands harmoniously follow the time, echoing the shimmering hour-markers. Inside beats the ingenious PF517 ultra-thin calibre with flying tourbillon, equipped with a guilloché platinum microrotor.

This distillation of technical refinement bearing the Hallmark of Geneva combines the precision of a single-pusher chronograph with the sophistication of a tourbillon. The pink gold case, fluted case-back, slender bezel, railroad minute track and Dauphine hands are the epitome of elegance. Benefiting from the so-called friction technique, the lateral clutch mechanism is combined with a column wheel, thus ensuring smooth activation of the function while preserving its integrity.

This creation presents an emotional dimension of time. It displays the ephemeris in a customisable point of the globe. The large peripheral ring divides the day into two parts (day/night), follows this rhythm as well as that of the wearer, and finally indicates sunrise and sunset times. Its length and colour change as the days change. Surrounded by an annular zone on which a small sun circulates to indicate the time on a 24-hour scale, the dial truly appears to be floating in mid-air.

Unveiled in 2016, this complication is now available in a sandblasted pink gold version. Its dial features incised and openworked hour-markers, like those on the small seconds counter at 6 o’clock. These apertures thus amplify the resonance inside the case and optimise the sound effect. The pushbutton activating the striking mechanism is equipped with an “all-or-nothing” safety device. The in-house ultra-thin manual-winding movement is endowed with a 42-hour power reserve.

This bronze-clad model makes a stylish addition to the iconic collection. Its taut aesthetic lines embellish the reading of time. Its emblematic rider-tabs are spread around the unidirectional ceramic bezel, ensuring an easy grip. Its dial reveals a sunburst decoration in a deep and refreshing green. The interchangeable straps respectively lend a sporty and casual look in rubber, or a vintage touch in leather.

This emblematic timepiece has been reinterpreted in two new versions. The first is attired in red gold, while the second is made from plasma ceramic with a metallic shimmer, a material obtained by an ingenious process. Both reveal the airy movement constructions featuring systematically hollowed-out components. The gear train is fully suspended and fixed to the skeletonised bridges, while the openworked oscillating weight allows light to flood through this model.

Offering a fascinatingly playful demonstration, this model reproduces the random nature of a poker game. The 45mm titanium case makes it possible to play a real three-player game. Once activated, the 9 o’clock pusher punctuates the shuffling and distribution of cards in the counters located at 6, between 10 and 11 and between 2 and 3 o’clock. The 85 dial components then play a game to the rhythm of the cathedral gong that chimes with each press of the correctors. The movement’s twin barrels provide a 72-hour power reserve.

An invitation to take to the open sea, this steel piece features lines as sporty as they are classic. Its anthracite grey guilloché dial offers a playground where light is gracefully reflected. Positioned on the upper part of this composition, a countdown timer, illustrated by five dots, becomes navigators’ best ally. Once launched, a first five-minute countdown runs in white, followed by a second one in orange which marks the last moments before the start of the regatta.

Now available in a 30mm version, this model is both exquisitely feminine and daintily elegant. The curved lugs highlight a refined structure tenderly embracing time. As graceful as it is complex, the emblematic case frames a subtle dialogue between each element of the composition. Adorned in mother-of-pearl or a sun-brushed metal disc, the dial is set with brilliant-cut diamonds that transform reading the time into an unmistakably precious experience.

Deliciously brimming with sunshine, this luminous creation is inspired by nature and secretly reveals the curving sweep of time. The artfully superimposed polished gold petals form a composition that is all about generous volumes. This daintily swivelling luminous bouquet conceals a dial meticulously paved with diamonds. Hours and minutes are transformed into an instant that is as magical as it is dazzling. At the heart of this summery abundance, time becomes a true wristworn jewel. 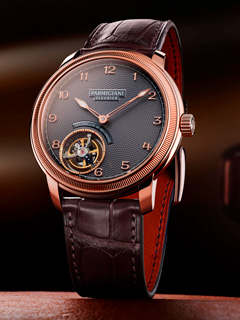 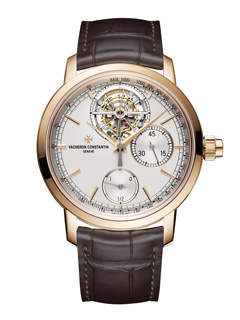 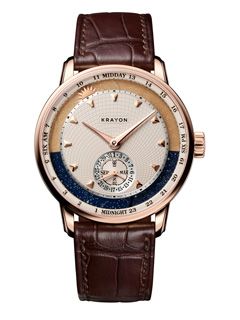 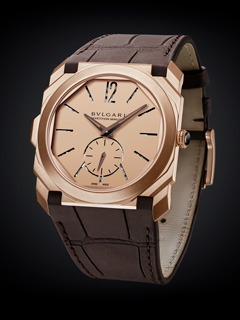 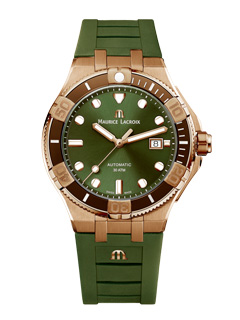 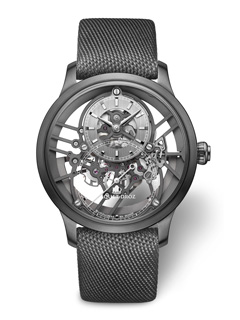 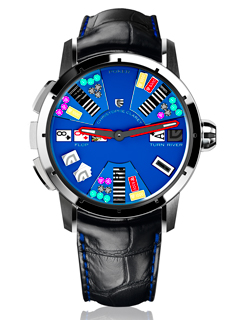 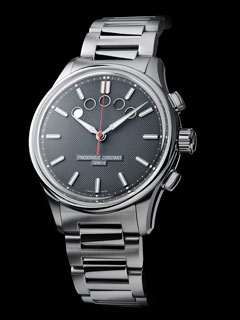 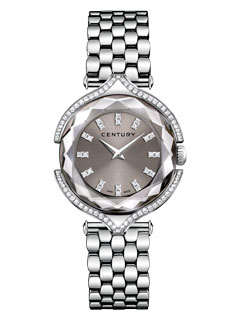 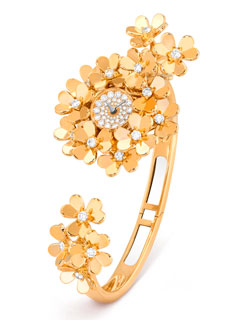 The Swiss watch industry has decided to strengthen the criteria of the Swiss made label.

What time is it?

Direct access to the official websites of every brand.

Addresses of manufacturers, suppliers and other watch industry institutions.