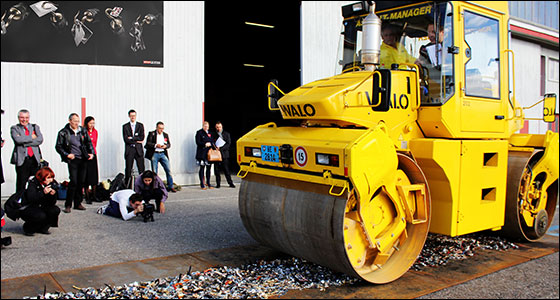 Counterfeiting is a crime

All too often overlooked, counterfeiting is attaining alarming proportions and the number of businesses made to suffer by counterfeiters is increasing all the time. And it’s not just watches: medicines, films, music, fashion goods and other articles are also prey to systematic copying. Essentially the theft of an intellectual property right, the problem of counterfeiting today has reached global proportions. It drains brands of their substance, threatens existing jobs, harms the environment and endangers the health of consumers. Worth an estimated 400 billion dollars annually, the sales generated are astronomical. Another worrying fact: the fake goods industry finances criminal organisations linked to drug trafficking, gambling, prostitution, extortion, money laundering and human trafficking.

Counterfeiting is a phenomenon that concerns us all. There’s no point burying our heads in the sand: our behaviour as consumers lies at the heart of what has now become a universal problem. The reality is simple: without demand, the supply of counterfeit goods would dry up.

Counterfeiting and the watch industry

Tens of millions of fake Swiss watches are offered for sale every year, while the Swiss watch industry produces around 30 million original watches. Fake watches account for 9% of customs seizures, placing watches second only to textiles as the most counterfeited products. The reasons behind this dubious success are manifold. Firstly, there is the Internet. Offering counterfeit goods to consumers under cover of anonymity and with no physical intermediaries, the Internet has revolutionised the distribution of fake watches and given a considerable boost to sales. Also, watch counterfeiting is a very effective way of laundering money obtained from other unlawful activities, and for this reason is a very popular sector of activity for unscrupulous entrepreneurs.

There can be no dodging the facts: when we buy a fake watch we’re getting into bed with highly disreputable circles and getting caught up in a scenario of, ultimately, nightmare proportions.

It is worth pointing out that in Switzerland, as in many other countries, importing a counterfeit watch is forbidden by law, even in the case of one-off pieces bought in good faith for private use.

The consumers play a vital role in the fight against counterfeiting. By buying responsibly, they can help stop this illegal trade. 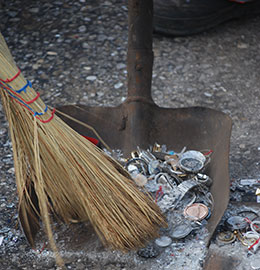 Help us to stamp out fake watches

The fight against counterfeiting is an ongoing process that requires all of us to take stock of what is at stake. Counterfeiting is an enormous problem and no one should be a party to its damaging effects. If you’ve seen counterfeit goods on a website, in spam or elsewhere, help us in our efforts and tell us here. Thank you!

If you think buying fakes is easy and risk-free, read on and think again…