Swiss and Swiss made are protected trademarks

For the watch industry, the geographical indications Swiss and Swiss made are globally acknowledged references. That is why the FH spares no effort worldwide to defend them. It takes steps not only to prevent misuse of these indications, but also against applications to register trademarks incorporating Swiss indications which could prove problematic.

However it is possible on both these territories to register a geographical indication as a certification mark. This is a mark that the holders themselves do not use but make available to others, provided the rules governing this mark are observed. As a corollary of this right of use, the holder may assert rights accruing from the certification mark in the event of misuse.

Any entity using these indications on watches intended for either market must therefore abide by rules governing use of the certification marks in question. The latter refer expressly to provisions outlined in the ordinance governing use of the name Swiss for watches. Legal proceedings are taken in the event of infringements. 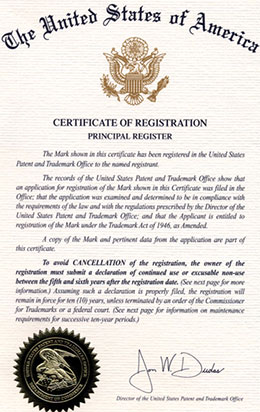