Ernest Schneider has passed away

Ernest Schneider, Chairman of the Board of Directors of Breitling, passed away on 5 May. No one could have foreseen that a military career would one day see him take the reins of a leading watch manufacturer which remains independent to this day.

Born on 15 April 1921 in Fribourg, Ernest Frédéric Schneider was the fourth child in a family of five offspring. His father was employed by the federal railways at Fribourg station, while his mother was the daughter of a shoe repairer.

After his studies at secondary school and the cantonal technical college in Fribourg (today the school of engineers), he signed up to join the signals corps in Fribourg in 1941. After becoming a non-commissioned officer, then an officer, he joined the seventh infantry regiment (the Fribourg Regiment) and spent long periods on mobilisation during the Second World War. He later joined the Fabrique fédérale d’armes in Berne, which he left to become a professional soldier commanding the signals corps and technical deputy to the commander of the Fribourg Signals School. In 1959, he was promoted to the rank of major and became commander of the 15th Battalion of Fusiliers, and subsequently an officer on the general staff of the 10th Fortress Brigade.

At the beginning of the 1960s following the death of his father-in-law, the watch manufacturer Théodore Sfaellos, Ernest Schneider took over the management of the Sicura watchmaking firm in Granges. Thanks to his training as an engineer and his leadership qualities, he quickly breathed new life into the firm and increased its production by establishing workshops in regions where manpower was in plentiful supply. The Bonfol workshop, in the Jura, is one example of this approach. In the mid-seventies, the firm was laid low by the crisis affecting traditional watchmaking and the mass influx onto the market of electronic watches produced in Japan. Ernest Schneider managed to deal with the situation by producing electronic watches of his own, such as the excellent Stunt Watch, and by continuing to have faith in the future of the mechanical watch.

In 1979, the company Breitling in Geneva was foundering and its activities had come to a halt. Ernest Schneider bought the firm and gave it new impetus, using his skills to capitalise on the long tradition of the brand, particularly among airline pilots. Continued efforts at developing the company led to the launch of three products, the Chronomat, Aerospace and Emergency watches. These timepieces were also the fruit of collaboration with Frecce Tricolori, the aerobatic display team of the Italian Air Force, which provided technical and aesthetic input. Having a residence in the south of France not far from the military airfield of Salon-de-Provence, the base of the French display team, Ernest Schneider, himself the holder of a pilot’s licence, forged close and extremely useful ties with this famous formation and its pilots. It was at this time that Ernest’s son Théodore Schneider, having gained experience in the watch industry and in aviation as a helicopter pilot, appeared on the scene to support his father. There followed a remarkable effort to position Breitling internationally. Théodore was also the brainchild of the modern factory in La Chaux-de-Fonds where the brand produces its own movements. He is today the CEO of Breitling.

In the wake of the 1970s watch crisis, many believed that mechanical watches were destined to disappear. But they continued to thrive. To overcome the lack of specialist personnel in this area, Ernest Schneider showed great foresight by acquiring, in 1980, the company Kelek based in La Chaux-de-Fonds, a manufacture renowned for its mechanical watches with grand complications and employing a staff of highly qualified watchmakers. The firm was later incorporated into Breitling.

Ernest Schneider’s career is a testimony to his great qualities and his entrepreneurial spirit. To succeed he needed intuition and vision, but above all belief in his convictions, and the courage to take action and make his presence felt. All credit therefore to this great watch industry figure. 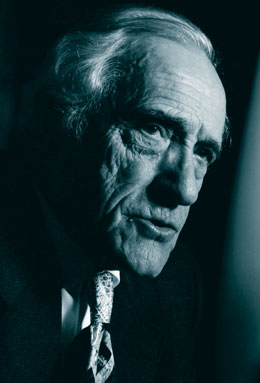