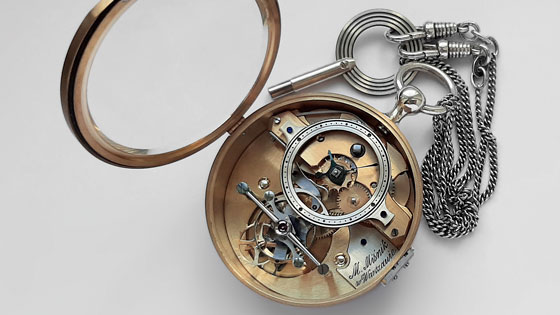 Since 2015, the Young Talent Competition serves to reveal the next generation of most talented young watchmaking apprentices in the world, supporting them in their route to independence by identifying their achievements and putting them in the spotlight.

F.P. Journe organizes the Young Talent Competition with the support of The Hour Glass, luxury watch retailer in the Asia Pacific region.

The selection criteria are based on technical achievement, the search for complexity in their realisastion, the quality of craftsmanship as well as their sense of design and aesthetics. Applicants must have independently designed and created a timepiece or a horological construction. The jury of the Young Talent Competition 2022 is composed of key personalities from the international horological scene: Philippe Dufour, Andreas Strehler, Giulio Papi, Marc Jenni, Michael Tay, Elizabeth Doerr and François-Paul Journe.

This year, the experts awarded the Young Talent Competition prize to Maciej Misnik, a 30-year-old self-taught man living in Warsaw. The young winner had this to say about his marine-inspired pocket watch with tourbillon and pivoted detent escapement: “Marine chronometers inspired my pocket watch. For this reason, the case was made of brass, however, for contrast, the pendant and the bow were made of silver. Most parts were executed in my own workshop without recourse to CNC machines. Basic machines such as lathes, milling machines and hand tools were used to make the watch. For readability, steel hands were thermally oxidised to blue. In my opinion, blued hands harmonise with black indexes on the silver dial. For added complexity, the hour hand jumps once per hour rather than regularly as most watches do.”

Maciej Misnik received a CHF 20,000 grant from The Hour Glass and F.P. Journe, which will enable him to purchase watchmaking tools or finance an horological project.