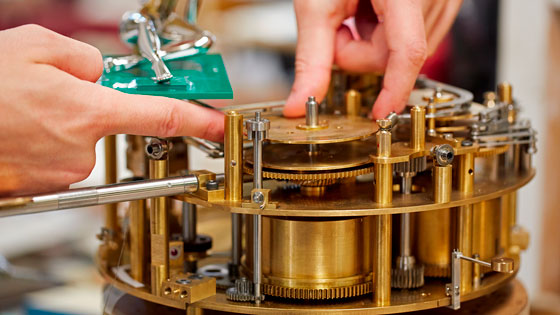 Last December, UNESCO officially registered craftsmanship of mechanical watchmaking and art mechanics on the Representative List of the Intangible Cultural Heritage of Humanity.

This inscription highlights a living tradition emblematic of the Franco-Swiss Jura Arc. The nomination, submitted by Switzerland in collaboration with France, was considered exemplary by UNESCO for its highlighting of the importance of intangible cultural heritage in a cross-border area.

Craftsmanship of mechanical watchmaking and art mechanics includes the watchmaking artisanal skills exercised along the Jura Arc from Geneva to Schaffhausen and from Biel to Besançon, as well as the production of automata and music boxes, characteristic of the Sainte-Croix region. At the crossroads of science, art and technology, this expertise combines individual and collective, theoretical and practical skills in the field of mechanics and micromechanics. In this Franco-Swiss area, a wide variety of artisans, companies, schools, museums and associations promote and pass on these manual techniques, which are both traditional and innovative. While craftsmanship of mechanical watchmaking and art mechanics serves a primarily economic function, it has also shaped the daily social reality of the regions concerned as well as their architecture and urban planning. This recognition of know-how also demonstrates the complementarity and continuity between intangible and tangible heritage, as the watchmaking town-planning of La Chaux-de-Fonds and Le Locle was listed as a UNESCO World Heritage Site in 2009.

Submitted in March 2019, the bid was prepared by the Federal Office of Culture (OFC) with a bi-national steering group comprising artisans, trainers, representatives of museums and French local authorities (Grand Besançon Métropole and Pays horloger). Safeguarding measures were proposed, covering documentation, training and transmission, as well as raising awareness and highlighting the value of tradition. To implement these measures on a cross-border basis, an inter-regional Arc horloger project was developed as soon as the application was submitted by the partners, conducted for Switzerland by the arcjurassien.ch association, which brings together the cantons of Bern, Jura, Neuchâtel and Vaud. This framework will make it possible to promote the significance of this listing and to formalise a joint coordinating body. As the first concrete demonstration of the heritage dynamic implemented in the context of the bid, a joint photographic exhibition by the Musée international d’horlogerie in La Chaux-de-Fonds and the Musée du Temps in Besançon addresses the implications of this listing and what is at stake.