The firm Perrelet, an affiliate of the Swiss Festina Group, announced on 1st December 2014 the appointment of its new General Manager: Tristan Boyer de Bouillane. The fifty year old French-Swiss appointee, the father of two children, will be required to contribute to the brand’s global expansion.

After studying at the Institut Supérieur de Gestion (ISG) in Paris, Tristan Boyer de Bouillane developed his career with a transport company in Hong Kong and subsequently with Philippe Charriol in Geneva, firstly as head of the Middle East subsidiary and later as Sales Export Manager. In 2000 was appointed Sales Manager and took a seat on the board of directors at Daniel Roth & Gerald Genta. From 2010, for Breitling, he occupied various posts in the fields of sales and marketing, particularly as Asia Pacific Sales Director in Singapore and Switzerland, and also supervised the creation of a subsidiary in India.

His mission will be to return Perrelet to the ranks of the most important Swiss brands and to strengthen its manufacturing credentials by proposing an offer which, over time, will consist solely of automatic watches equipped with proprietary movements. 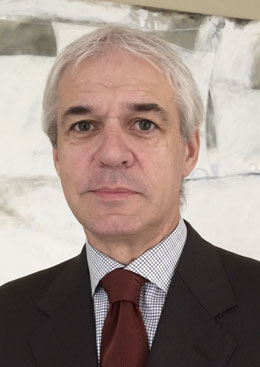