Watch Of The Year Award - L'Historiques By A Unanimous Decision

On 28 October, more than 500 guests attended the Hôtel Intercontinental in Geneva to find out who would be the winner of the 2009 Watch of the Year Award organised by the magazine Montres Passion.

The economic crisis is encouraging watch manufacturers to revert to classic models that can offer a guarantee of excellence. This trend paid dividends for Vacheron Constantin, which won the 2009 Watch of the Year award for its Historiques American 1921 model. This timepiece won over the jury with its classic design, its originality and above all the boldness of its offset dial: midday is in fact located at 2 o’clock. For information, this piece was ordered in 1921 by a man of the church who, having a tendency to drag out his Sunday sermons, sought a way of discreetly telling the time.

Second prize went to Corum for its Ti-Bridge watch and third to Montblanc for its "Nicolas Rieussec Chronographe Monopoussoir". The classic approach also paid off for Cartier which won the 2009 Ladies Watch award with its "Baignoire Grand Modèle".

To pay tribute to the innovation and originality of a product, the jury awards almost every year a special Jury prize. This year, for the first time, three models shared the distinction: MB&F (Horological Machine n°3), Manufacture contemporaine du temps (Sequential One) and Urwerk (UR-CC1).

Chaired by Kenan Tegin, the jury this year examined more than a hundred watches placed on the market from December 2008 to September 2009 and produced in numbers exceeding 200 pieces. After an initial evaluation, around forty pieces remained in the competition for the final verdict.

Every year the public is invited to vote online for the different short-listed timepieces. Pershing Asteria by Parmigiani Fleurier received the most votes to win the Public Prize.

For the past three years there has also been a prize to reward the best watch industry advertisements. Creativity, the spirit of innovation, precision and aesthetic appeal are among the qualities sought in advertising campaigns and films entered in the competition. Daniel Roth won the 2009 award with the concept entitled “Remember your first complication” (see Revue FH n°17 of 29 October 2009, p. 16). The special Jury prize was awarded to La Montre Hermès for its campaign "La belle évasion". Internet users for their part voted the Evolution visual by TAG Heuer as “best ad”. Lastly, the final award for the best "Film & Cyber" went to A. Lange & Söhne. 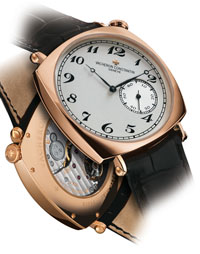 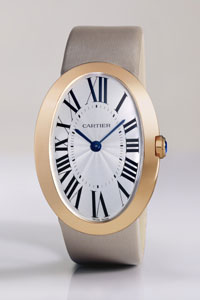 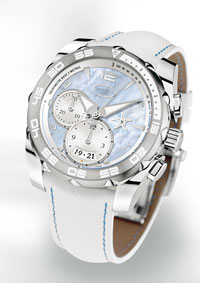