Tiger Woods comments "It is an honour to be associated with a company like TAG Heuer. To me, TAG Heuer is known for understated luxury and style, prestige, and exceptional quality. I look forward to working with TAG Heuer in the coming years."

Beyond Golf, Tiger Woods is one of the greatest sports champions ever, and through his style and results he perfectly epitomizes TAG Heuer core prestige and performance values, values which have driven all its successful product and marketing initiatives since its founding by Edouard Heuer.

"We are truly delighted to announce the partnership between Tiger Woods and TAG Heuer. Tiger Woods will thus be joining the ranks of the world's greatest sports champions who all wear or have worn our colours, such as Juan Manuel Fangio, Ayrton Senna, Carl Lewis, Boris Becker and more recently for example Mika Hakkinen, David Coulthard, Jacques Villeneuve, Peter Holmberg, Kimi Raikkonen or Marion Jones", states Jean-Christophe Babin, TAG Heuer's President and Chief Executive Officer. "His personality, which is very close to TAG Heuer's values - such as his obsessive quest for superior achievements and perfection, his ability to withstand pressure, his commitment to live up to expectations and, then surpass them and also his passion for his discipline - seemed to make this a natural and appropriate partnership."

This agreement with Tiger Woods also marks a milestone in the brand's historical involvement in sports combining prestige and performance. Indeed, alongside Formula 1 where TAG Heuer is the FIA world championship official timekeeper as well as partner of the McLaren-Mercedes Team, Golf will become with Tiger Woods the second pillar of TAG Heuer product and communication inspiration. Like Formula 1, Golf epitomizes the utmost in human talent and precision, as well as in prestige and technology, several values that have made TAG Heuer significantly different from other watches brands, for the past 142 years.
The contract will begin January 1st 2003, and Tiger Woods will soon be seen in the TAG Heuer corporate campaign "What are you made of?", launched on the international market in March 2002. 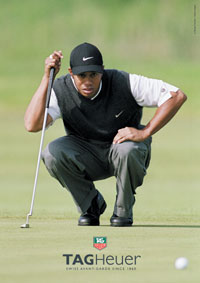 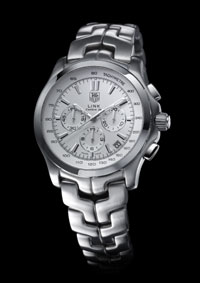 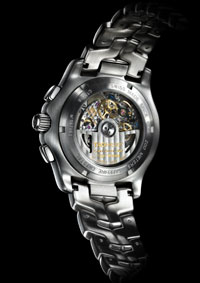