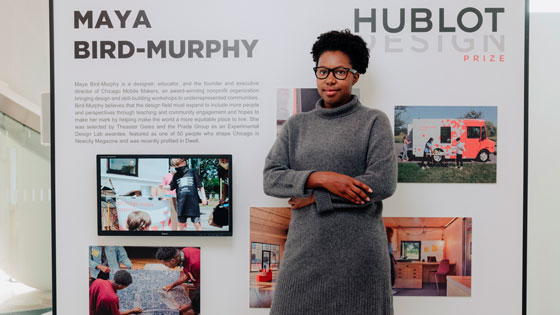 A loyal follower of the art world, the Nyon-based company celebrated the 2022 edition of the Hublot Design Prize.

This was the seventh edition of the Design Prize, which has seen a number of high-profile entries from all over the world. This year’s winner, Nifemi Marcus-Bello, an industrial designer based in Nigeria, joins the list of previous winners including British designer Samuel Ross who has designed a watch for Hublot and last year’s winner, New York-based illustrator Mohammed Iman Fayaz.

Meanwhile, Maya Bird-Murphy, designer, educator, founder and executive director of Chicago Mobile Makers, and Connor Cook, a Californian artist based in the Netherlands, were both awarded the Pierre Keller Prize.