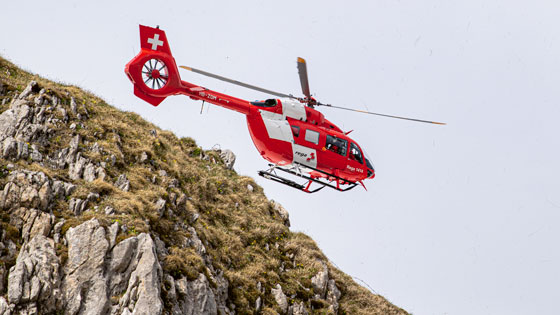 In 2016, the Basel-based watch company entered into a partnership with the Swiss Air Rescue Service.

It is now unveiling the third limited edition dedicated to this medical organisation whose crew members participated in a series of workshops where they expressed their views on the design and useful functions of such a timepiece.

The Oris Big Crown ProPilot Rega Fleet L.E. is the result of these shared thoughts. The dial is simple, with functions that can be read in a few seconds, a GMT function for recording logbook times, as well as a pulsometer which is useful as a back-up for measuring patients’ heart rate. The bi-directional rotating bezel features a pulsometer scale read by a central white-tipped seconds hand and a red triangle dedicated to timing the “golden hour”, i.e. the first hour following an injury during which a patient’s chances of recovery are highest.

Rega currently operates 18 rescue helicopters and three ambulance aircraft. Each of these 21 aircraft, identified by a registration number, is reproduced on the caseback of a watch belonging to this new limited series.

Rega was founded in 1952. Today, almost half of the Swiss population supports the rescue organisation through contributions. It has 13 bases in Switzerland, from which any location can be reached within 15 minutes of an emergency call. Each base has a crew (pilot, paramedic and emergency doctor) ready to respond 24 hours a day, 365 days a year. In 2020, Rega organised more than 16,000 missions and provided medical assistance by air to some 11,000 people.