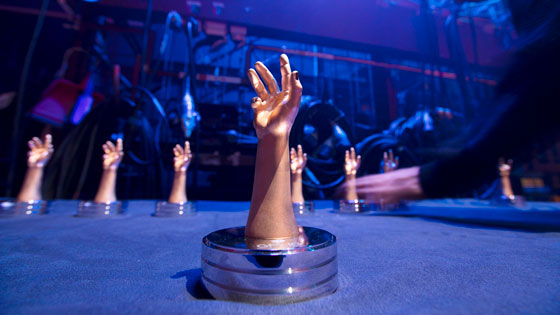 Commonly known as the watch industry Oscars, the Grand Prix d'Horlogerie de Genève will hold its 21st edition this year.

This is the perfect opportunity to exhibit – alongside the 84 nominated watches – the 20 “Aiguille d’Or” best-in-show prizes awarded in previous editions. This year, the presentation of the winning watches will take place at the Musée Rath in Geneva from October 23rd to November 14th.

Designed to highlight and pay tribute to the excellence of contemporary watchmaking, the GPHG contributes to extending the influence of the industry throughout the world. It annually places several hundred watches marketed during the year in competition, thus helping to pro-mote Swiss traditions, crafts and expertise.

Every year in November, the GPHG awards ceremony brings together the international watch-making profession in Geneva to honour the best creations and the players who daily breathe vitality and creativity into the watchmaking world. Some 20 prizes, including the supreme “Aiguille d'Or” distinction, are awarded on this occasion.

In the run-up to the ceremony, the GPHG organises a travelling exhibition each year in autumn, presenting the pre-selected watches. In 2020, for health reasons, the road trip was essentially limited to Swiss cities (La Chaux-de-Fonds, Zurich, Bern and Geneva). In 2021, the watches travelled abroad again and were unveiled at the Fabergé Museum in St. Petersburg before stopping off in the City of Calvin. After the awards ceremony, the winning watches will leave for Dubai Watch Week, to be held from November 24th to 28th.

This year, the Geneva exhibition is enhanced by the exceptional presentation of timepieces that have won the “Aiguille d’Or” over the last 20 years. Several watch Maisons have had the honour of receiving this high distinction twice, such as Greubel Forsey (2010 and 2015), Vacheron Constantin (2001 and 2005) and Patek Philippe (2002 and 2003). The Geneva-based company F.P. Journe leads the ranking with three distinctions (2004, 2006 and 2008).

In 2020, the GPHG Foundation created an Academy, inviting watch enthusiasts to take part in the various stages of selecting the timepieces. Forming a vast network, the 500 or so members of this Academy have the task of proposing eligible watch models on the basis of well-defined criteria. At the same time, a jury composed of experts from the Academy officiates during the second round of voting. A few days before the awards ceremony, it meets behind closed doors, in the presence of a notary, in order to physically evaluate each of the nominated models and carry out the final vote.

Last September, the GPHG Foundation appointed Nick Foulkes as President of the jury, succeed-ing Aurel Bacs. Nicholas Foulkes is a historian, writer and journalist, and an international au-thority on culture, watchmaking and art. He is the author of numerous books, some of which are must-reads in the industry.

The GPHG awards ceremony will be held on November 4th at the Théâtre du Léman in Geneva.