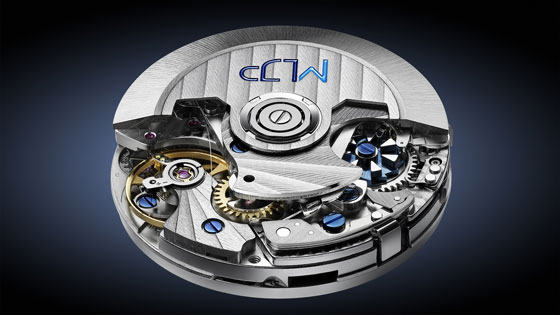 After more than a year of research and development, the Manufacture La Joux-Perret (MLJP) has endowed its G100 and L100 movements with a larger power reserve.

While maintaining a frequency of 4Hz, the two calibres now offer a power reserve of more than 60 hours, thus guaranteeing operation throughout the full weekend.

The G100 automatic movement has been entirely developed to meet tomorrow’s standards. With a 25.6mm diameter, it aims to be traditional and aligned with the most common size in mechanical watchmaking, thus guaranteeing total compatibility with the casings of the 2824, the best-selling Swiss movement in the world. Its new 68-hour power reserve as well as its high-end decorations and complications give this new movement clear advantages. The G100 is therefore the ideal solution for watch brands intending to move upmarket and offer better performance, thanks to the compatability with casings offered by the G100.

Thanks to considerable work on modernisation and industrialisation that has reduced costs by approximately 25%, the traditional MLJP column-wheel chronograph has become the most competitive on the market. This new L100 automatic chronograph movement compatible with the 7750 is now endowed with a 60-hour power reserve, while remaining in the same price range. In addition, the L100 offers a choice of more than 50 complications and great customisation possibilities.