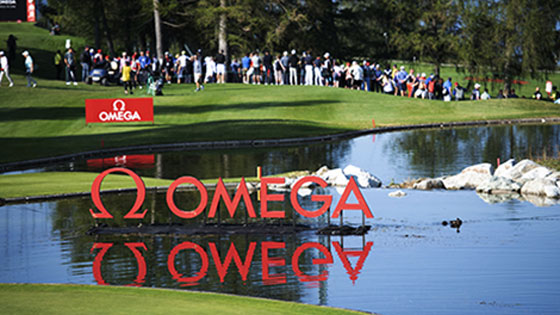 The highly anticipated 2021 edition of the Omega European Masters took place from August 26th to 29th in Crans-Montana.

The tournament attracts some of the world’s best golfers, notably including the watch Maison’s ambassadors.

This 74th edition of the Omega European Masters was won by Rasmus Højgaard from Denmark. For four days in the heart of the Swiss Alps, this young sportsman put in a solid performance on the course of the Crans-sur-Sierre Golf Club, winning the 2021 title and the timepiece (Seamaster Aqua Terra) that went with it. Several friends of the Maison, such as Tom Felton, Dalilah Muhammad and Lea Sprunger, also took part in the event by putting themselves in the shoes of a golfer for a few moments.

Omega has long been title sponsor of the European Masters. The tournament, steeped in history and tradition, is the oldest on the European continent and is one of the leading events on the Swiss sporting calendar. Omega’s support has helped the organisers pursue their goal of attracting even more of the world’s golfing elite to Crans-Montana. Sanctioned by both the European and Asian Tours since 2009, the Omega Masters forges a strong bond between two golf-loving continents.