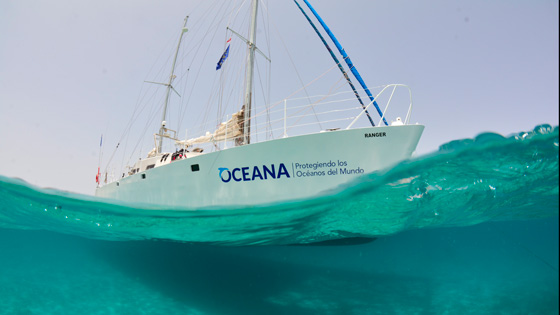 At the end of October, Blancpain announced its new partnership with Oceana, the largest international organisation dedicated solely to ocean conservation.

For more than 65 years, since the 1953 launch of the world’s first modern diving watch, the Fifty Fathoms, Blancpain has enjoyed historical links to the ocean. Through its Blancpain Ocean Commitment, the Manufacture has co-financed 19 major scientific expeditions, celebrated its role in doubling the surface of marine protected areas around the world, and presented several award-winning documentary films, underwater photography exhibitions and publications.

As part of the partnership, Oceana and Blancpain will lead an expedition in the summer of 2021 to Arrecife Alacranes (Scorpion Reef), the largest reef in the southern Gulf of Mexico. It has been designated by UNESCO as a biosphere reserve and the Mexican government established it as a National Park, home to more than 500 species of fish and 34 species of coral. A recent study identified Arrecife Alacranes as a reef that is healthy and diverse enough to have a better chance at surviving the effects of climate change.

Despite the reef’s current biodiversity and resiliency, there are very few rules in place to protect the habitat from destructive fishing. During the expedition, Oceana and Blancpain will document the reef and marine life present with underwater photos and video and cutting-edge science, including eDNA analysis and 3D photomosaic modeling. Oceana will then use these findings to campaign for the Mexican government to provide further protections for the reef.