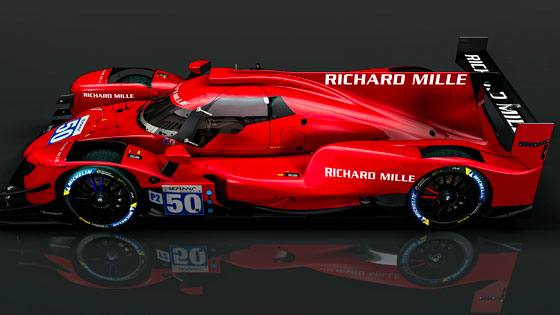 This major event took place on June 13th and 14th, the original dates of the Le Mans 24 Hours. Fifty mixed crews made up of renowned drivers from all the FIA championships (Formula 1, WEC, Formula E) and championships (SimRacers) took part in this unprecedented event. They competed at the wheel of LMP2 and LMGTE cars on rFactor 2 simulation software.

The Richard Mille Racing Team took part in the LMP2 class with its all-female crew composed Katherine Legge, Tatiana Calderon, Sophia Floersch and Emily Jones – the latter being considered the world’s best female sim racer. They were all connected, each on their simulator at the wheel of the Oreca LMP2 prototype sporting the cardinal-red livery identical to that of the real car.