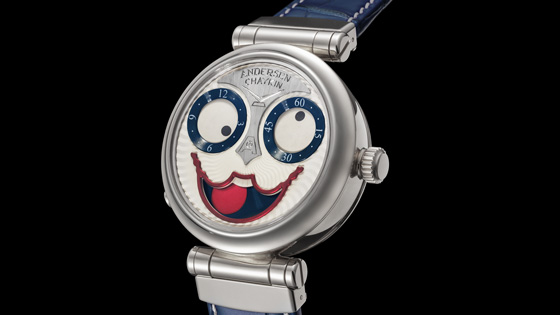 This year, the watchmaking company is celebrating its 40th anniversary and presenting timepieces dedicated to this milestone.

It all began in 1980 when Svend Andersen received an order from a major Swiss collector, who wanted a new gold case for his complication movement: a Louis Audemars movement dating from 1900. The watchmaker had just left Patek Philippe’s Grand Complications workshop and established his brand on the banks of the Rhône in Geneva. He therefore began by carrying out aesthetic and technical studies to reconstruct this pocket watch case, which he finalised in collaboration with a Geneva-based artisan.

Since then, Andersen Genève has developed and crafted many one-of-a-kind creations featuring complications such as a minute repeater, perpetual calendar, perpetual secular calendar, jumping hours, etc. After making the first wristwatch with a Jewish calendar, the Hebraika, the Geneva watchmaker created the Perpetual Secular Calendar in 1996.

Svend Andersen is not only highly recognised among collectors, but also by his fellow watchmakers. He co-founded the AHCI (Horological Academy of Independent Creators) in 1985.

This year, to celebrate the company’s four decades of existence, Andersen Genève is presenting four anniversary timepieces, the first two of which have already been unveiled: Tempus Terrae, topped by a bezel adorned with 36 diamonds; and a reinterpretation of the Automaton Joker, stemming from collaboration with Russian watchmaker Konstantin Chaykin, which comes in a white gold version. This summer, the third piece, equipped with jumping hours, will be unveiled to collectors.