Strong growth in 2019 for Hermès 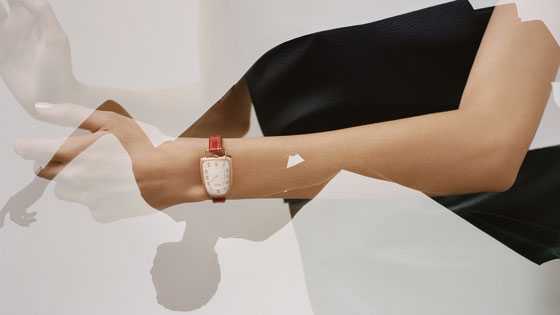 The revenue generated in 2019 in the group’s stores (+13%) was particularly sustained and was driven by growth in all the geographical areas. Hermès continued to improve the quality of its distribution network, with both store openings, renovation and extension completed on almost 20 stores.

Asia excluding Japan (+18%) pursued its strong growth in Greater China, despite the impact of events in Hong Kong in the last quarter, and in South Asian countries. Hermès continues to successfully develop its digital platform, rolled out in Singapore and Malaysia in October.

Japan (+8%) increased, with the year-end impacted by anticipated purchases due to the VAT increase in October. The new platform hermes.jp was launched in June.

America (+12%) confirmed its momentum throughout the area.

Europe excluding France (+8%) achieved sound performance, driven in particular by the United Kingdom and Italy. France (+8%) posted growth, despite the negative impact of the events at the end of year.

All the business lines recorded growth, with outstanding performance by the Ready-to-Wear & Accessories and Jewellery divisions.

Leather Goods and Saddlery (+11%) benefited from sustained demand, both for re-invented classics and other models such as the Mosaïque, 24/24 or Twins bags.

The Ready-to-Wear & Accessories division (+17%) confirmed its strong momentum, thanks to the success of the men’s and women’s ready-to-wear collections, along with fashion accessories, particularly shoes.

The Silk and Textiles business line (+7.5%) posted an increase, with collections that combine diversity of materials with strong creativity in terms of design, new formats, as well as the fabrics and methods used.

The Watches business line (+12%) recorded solid sales performance reflecting the creativity of the collections and the network’s selectivity. The new women’s watch Galop d’Hermès was well received, and Hermès Watches were rewarded for the fourth time in November at the Grand Prix de l’Horlogerie de Genève for the Arceau L’heure de la lune model.

Other Hermès business lines (+20%), which encompass Jewellery, Art of Living and Hermès Table Arts, were up sharply.

In the medium term, despite economic, geopolitical and monetary uncertainties around the world, the Group confirms an ambitious goal for revenue growth at constant exchange rates.