Tissot associated with the Giro d'Italia 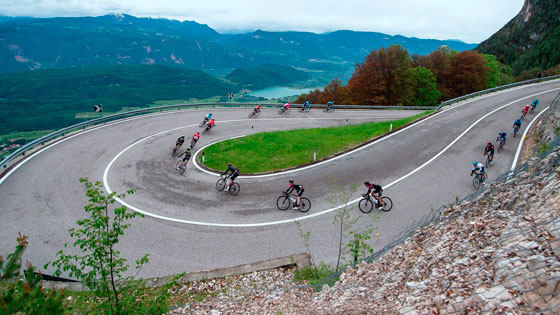 Adding the Giro d’Italia to its prestigious list of cycling races seemed to be an obvious next step for Tissot.

Cycling is one of the sports with which the brand is most closely associated. In fact, it has been heavily involved in a range of cycling events for 50 years. It became even more seriously committed to the sport by joining forces with the Union Cycliste Internationale (UCI) in 1995. Since then, Tissot has been Official Timekeeper of the Road, Track, Mountain Bike and BMX Cycling World Championships, and also for the UCI Track Cycling World Cup.

Having renewed its links with the Tour de France and the Vuelta in 2016, Tissot is now completing the Triple Crown with the Giro d’Italia, thus making it the first Swiss Official Timekeeper in the history of the three biggest cycle tours.

The Giro d’Italia will start on May 9th 2020 in Budapest with an individual time trial. The race will pass through Sicily, then along the east coast of Italy, before finishing at Milan’s Piazza del Duomo on May 31st 2020.