A century of Singer dials at the MIH 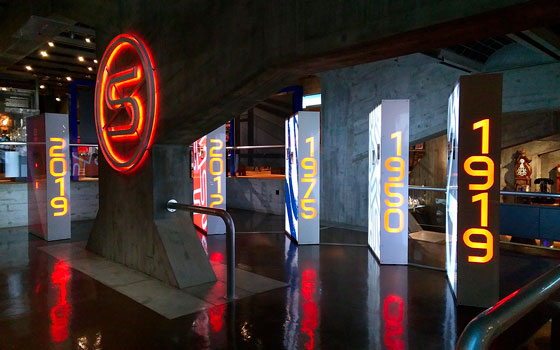 The dial factory in La Chaux-de-Fonds brought this commemorative year to an end with a temporary exhibition at the Musée International d’Horlogerie (MIH), which echoes the publication of two books and the creation of 100 original watches.

The exhibition, whose scenography was designed by Ziegler & Ziegler, is simple, understated, sincere and accessible to all audiences. It is based on the publication Singer: centième 100th anniversary book by historian Corinne Chuard and retraces the history of the company through four periods:

To celebrate its century of existence in an original way, a collection of 100 Singer timepieces has been created, 10 of which are presented in the display cases specially designed for the MIH. The exhibition also shows that with the skills of the region’s best suppliers, a challenge such as producing 100 original watches in record time is not insurmountable. It is also an original way of presenting the full range of the dial-maker’s know-how.

Through this collection of watches, all different, Singer has endeavoured to highlight the professions that revolve around the profession, all of its skills and all the techniques available today for making a dial.

The exhibition can be viewed until March 29th 2020 MIH. The historical publication Singer: centième and the book Singer: cent ans, cent montres (100 years, one hundred watches) are available at the MIH shop.