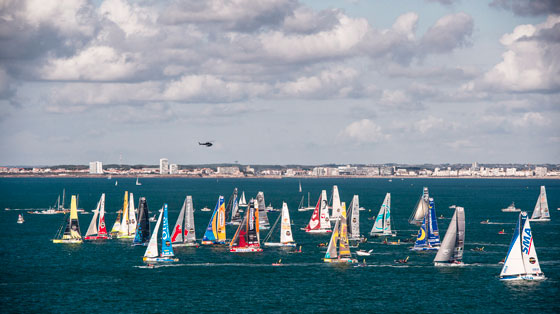 The next edition of the Vendée Globe, the ninth of its kind, will be launched on November 8th 2020. Ulysse Nardin will be the official timekeeper.

The ultimate test in ocean racing, the Vendée Globe begins and ends in the Sables d’Olonne, in the Vendée region of France. Competing without any support, stops or technical assistance of any kind, skippers face icy cold conditions, mountainous waves, leaden skies and howling gales as they traverse the Atlantic and Southern Oceans to sail solo around the planet’s roughest seas. Taking place once every four years, the course – often referred to as the “Everest of the Seas” – takes the monohull yachts from the French coast 40,075 kilometers on a north-south trajectory around the circumference of the Earth. To limit the risk of encounters with icebergs, the Race Direction has established a zone prohibited to sailing.

To celebrate this new partnership, the company based in Le Locle has launched two diver’s watches, the Diver X Cape Horn and the Diver X Point Nemo, in honour of the sailors who will take every risk to meet this formidable and dangerous challenge, many of them passing through the Nemo point, located more than 2,700 km from the nearest inhabited landmass.