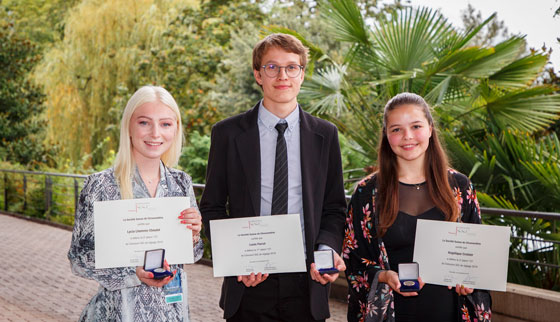 On September 25th, the Swiss Chronometry Society (SSC) organised the award ceremony for the 10th edition of its Timing Competition.

This event, which was held in the Stravinsky Auditorium in Montreux, took place as part of the CIC 2019 International Chronometry Congress, which was attended by nearly 600 people.

This 2019 edition enjoyed stable participation with a total of 127 students from 26 different apprenticeship centres in the Swiss watch industry registering. In January, the candidates received a mechanical movement in kit form that they had to assemble, adjust and time. By April of this year, 107 of these movements were sent to the Swiss Official Chronometer Testing Institute (COSC) in its Biel/Bienne observation centre, for a series of tests verifying compliance with the ISO 3159 standard. At the end of this stage, a total of 49 of them successfully passed this test.