Rolex commits to an enduring planet 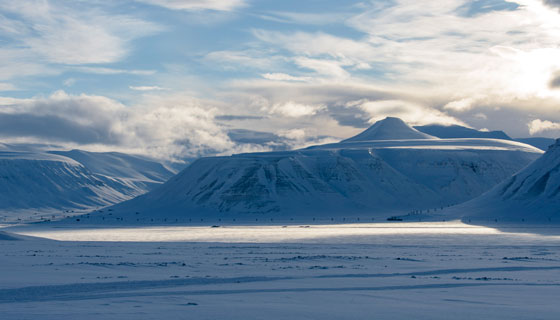 For nearly a century, Rolex has been pushing the boundaries of environmental protection for the benefit of future generations.

From the highest peaks to the unknown depths of the oceans, the company works alongside National Geographic to closely follow the explorers of the extreme who are constantly discovering the secrets of our planet in order to better protect it.

Since the 1930s, Rolex has been an active supporter of pioneering explorers. Rolex Oyster Perpetual watches have accompanied individuals to the highest mountains and to the ocean depths, serving as precise, reliable tools. In turn, these ground-breaking expeditions proved to be the perfect “living laboratory” for the brand to test and develop its timepieces.

In 1954, this involvement in exploration led Rolex naturally into a partnership with the National Geographic Society. The Society has supported bold people and transformative ideas for more than 130 years, making valuable contributions to exploration, science and conservation. Articles about these ventures appeared in its eponymous magazine, National Geographic. In 1954, one of those articles described Sir Edmund Hillary and Tenzing Norgay’s history-making ascent of the world’s highest peak, Mount Everest. Rolex was also involved in this epic adventure, having supplied the expedition with watches.

Shared spirit
This shared spirit of discovery drew Rolex and National Geographic together over the years as they continued to support pioneers exploring new realms. Both organisations have, for example, been involved in two separate expeditions to the Mariana Trench, the deepest part of the oceans, located in the Pacific.

The first was in 1960 when the bathyscaphe Trieste, piloted by Jacques Piccard and Don Walsh, carried an experimental Rolex Oyster watch, the Deep Sea Special, fixed to its exterior as it descended to a record depth of 10,916 m (35,800 feet). It returned to the surface in perfect working order. The two adventurers remained the only people to reach the bottom of the ocean for the next half century.

Fifty-two years later, in 2012, film-maker and Rolex Testimonee James Cameron completed his solo dive aboard the Deepsea Challenger, which carried an experimental diver’s watch, the Rolex Deepsea Challenge, on its robotic manipulator arm. The watch, waterproof to 12,000 meters (39,370 feet), resisted more than 12 tonnes of pressure on its crystal, kept perfect time and emerged from the water unscathed.

In 2017, the partnership between Rolex and the National Geographic Society was officially enhanced to promote exploration linked to preservation of the planet.

Perpetual Planet
As the 21st century unfolds, exploration for pure discovery has given way to exploration as a means to preserve the natural world. Rolex continues the legacy of its founder, Hans Wilsdorf, by supporting the explorers of today on a new mission to chart changes in the Earth’s ecosystems. In 2019, under the banner of a Perpetual Planet, Rolex is joining forces with key individuals and organisations to help find solutions to environmental challenges.

To begin with, the campaign has three pillars: leading ocean explorer Sylvia Earle’s Mission Blue initiative to protect the oceans through a network of marine protected “Hope Spots”; the Rolex Awards for Enterprise that recognise individuals with projects that advance knowledge and protect human well-being and the environment; and its long-standing National Geographic partnership.

Perpetual Planet Extreme Expeditions
Under the name Perpetual Planet Extreme Expeditions, Rolex and National Geographic are planning a five-year exploration of the planet’s most extreme environments. The partnership will harness world-renowned scientific expertise and cutting-edge technology to reveal new insights about the impacts of climate change on the systems that are vital to life on Earth: mountains as the world’s water towers, rainforests as the planet’s lungs, and the ocean as its cooling system.

The first expedition supported by this partnership was to Mount Everest and ran from April to June 2019. The Everest expedition team, led by National Geographic and Tribhuvan University, aims to understand better the effects of climate change on the glaciers of the Hindu Kush-Himalaya that provide critical water resources to 1 billion people downstream. This information, coupled with additional data sets on water supply and demand in the region, has formed the basis of a new index to track the health of the Himalayan water system and inform decisions to help protect it.

Of the venture, the President and CEO of the National Geographic Society, Tracy R. Wolstencroft, said: “Together with our partners at Rolex, we will harness the power of science, exploration and storytelling to reveal critical insights about our changing world, advance understanding and scale up solutions toward achieving a planet in balance.”

Arnaud Boetsch, Director of Communication and Image at Rolex, added: “This project goes to the heart of the commitment Rolex has made to a Perpetual Planet and to future generations, by supporting individuals and organizations in their efforts to preserve the natural world and the systems that sustain life. It is essential to base solutions on reliable data. The insights from these expeditions will be invaluable to informing decisions on how the world can best tackle the planet’s most pressing environmental challenges.”

In addition, for the first time, finalists of the Rolex Awards will present their projects to participants, who was asked to vote for the five Laureates.

Both partners have long alliances with Sylvia Earle, Canadian film-maker and explorer James Cameron, and with underwater photographers Brian Skerry and David Doubilet.

Sixteen Laureates of the Rolex Awards for Enterprise have also been National Geographic Explorers or recipients of grants. They include Johan Reinhard, who won a Rolex Award in 1987 for his project to preserve the patrimony of the Andean people through high-altitude cultural anthropology; he became a National Geographic Explorer in 1999. More recently, conservation biologist Erika Cuéllar, selected as a Rolex Laureate in 2012, became a National Geographic Emerging Explorer the following year. She has been training local people to protect the extraordinary biodiversity of the Gran Chaco, one of South America’s last truly wild environments.

Explorers linked to Rolex
German-born American conservationist George Schaller, who has been instrumental in preventing the destruction of environments; he has helped establish more than 20 wildlife reserves around the world and protect some of the most endangered animals, including mountain gorillas in the Democratic Republic of the Congo and snow leopards in Mongolia.

Paleoanthropologist and conservationist Richard Leakey, renowned for his fossil finds related to human evolution and his campaigning for responsible environmental management in East Africa.

American mountaineer Ed Viesturs, who scaled all 14 of the world’s 8,000-metre peaks without supplemental oxygen during his Endeavour 8000 project, which he completed in 2005.

Junko Tabei, the Japanese mountaineer and first woman to reach the summit of Everest in 1975. Later she became a powerful advocate for the protection of the mountain environment, quantifying the impact of human waste on the mountain in her postgraduate degree in environmental science.
Belgian polar explorer and mountaineer Alain Hubert, who in 2002 created the International Polar Foundation (IPF) to support polar science as a key to understanding climate change. The IPF raised funds to build a new international research station in Antarctica, designed to operate on renewable energies. Hubert believes these ventures can be formidable vehicles of communication about our planet.

Swiss-Canadian mountaineer Jean Troillet, who climbed Everest in 1986, and in 1997 became the first man to descend the North Face on a snowboard. Troillet holds the record for the fastest ascent of Everest’s North Face and has climbed 10 of the 8,000-metre peaks, all without supplemental oxygen.

Norwegian Rune Gjeldnes, who in 2006 be-came the only person to cross the three big ice sheets – Greenland, the Arctic Ocean and Antarctica – on skis, unaided.

Perpetuating the legacy
The vision and values of Hans Wilsdorf still guide the company today. From exploration for pure discovery to exploration as a means to preserve the natural world, Rolex continues the legacy of its founder.

For nearly a century, Rolex has supported pioneering explorers, pushing back the boundaries of human endeavour. With the Perpetual Planet campaign, Rolex is committed for the long term to supporting the explorers in their quest to protect the environment.