During the first nine months of the year, Frédérique Constant recorded a growth rate of 30 %, or 5 % less than the corresponding period in 2000. Since the launch of its first collection in 1992, the firm has seen annual increases of 30 to 40 %. With production in excess of 40,000 watches per year, the brand today is well established in Europe, and in the Near East and the Far East. Its launch in the United States is on target. Peter Stas, CEO and owner (photo), is moreover optimistic regarding the months that lay ahead as a result of the large volume of orders received this autumn. For him, the brand's success is attributable to the quality of products and the excellent quality/price ratio.
The brand is derived from two names: Frédérique Schreiner (1881-1969) and Constant Stas (1880-1967). It should be noted that the latter began his career in the watch industry in 1904, in which year he founded his own company producing dials. 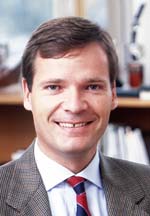 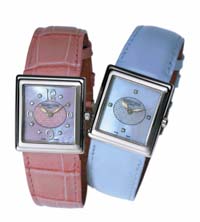 Within the range Highlife, Frédérique Constant presents new models for women with nacre dial and diamonds, case in stainless and bracelet with interchangeable system.